Recap of stances of various involved as Smoke Screen begins to lift
3.8 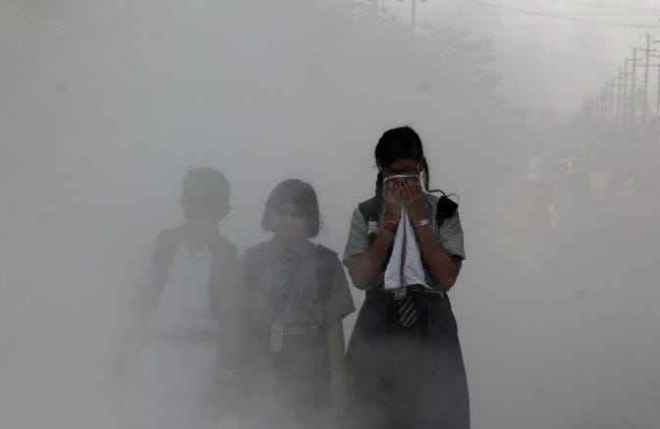 With Section 144 imposed in Gurgaon, the ban on burning of waste, garbage continues. The city did witness some relief with the smog visually reducing over the last 24 hours, but the parents of school going children are still as perplexed on what to do. There are half a dozen questions they are struggling with – and no apparent answer. Has the air quality improved to a safe level for their children? Is the air quality any worse at schools? Is the child any safer at home? Why are some schools deciding to remain shut while others continue working? And finally the question each morning - is my child’s school open or shut today?

While all private schools in gurgaon that we contacted have cancelled outdoor activities for now and many have issued an advisory to parents to provide their children air filtering masks. Gurgaon’s district administration including district administration officials, education department and pollution control board had decided on Monday against passing any order regarding closure of schools due to increasing pollution. Some private schools, however, had a different stance on the matter.

Schools like The Heritage School opened on Monday for a day before deciding to remain shut for nursery and KG until this Friday when it shall take a further decision. Kaye Jacob, Principal of the The Heritage School had earlier said “Unless and until we take collective action, the city is going to sink deeper into this crisis. The city administration definitely needs to wake up, acknowledge and resolve this issue that is taking a toll on our health and the health of our kids.” (Source: HT). Other schools like Lotus Valley International School, Presidium and The Shri Ram School Aravali and Moulsari remained closed until Wednesday.

"A very common or easy resolve is to keep your children at home as much as possible. But that may not really be the solution, the air quality may be equally bad unless you have an air filtration system installed at your home. The best you can do is to boost your kid’s immune system. I believe self-defence is the best offence”said Neeru Tyagi, principal, Bella Mente Pre School & Daycare.

While the smoke screen seems to be lifting gradually from the city, it remains to be seen what the district administration's next steps will be to combat this situation for the longer term. For private schools in gurgaon this has served as an early warning for the upcoming winter months on how they would like to deal with a similar situation – one they are much too likely to witness!