Roadmap For Your Child To Succeed With A So-So Teacher 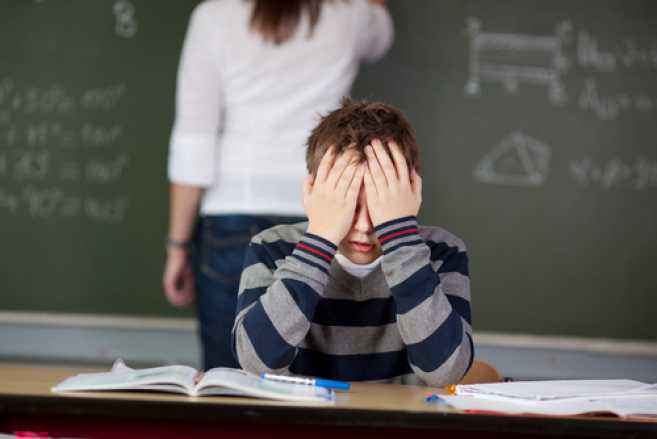 Parth had been busy the entire afternoon, googling up information and then scribbling something in his note pad. To add to that, the entire process was extremely secretive…. I was not allowed so much as a peak.  Being a mum (bingo, he’s mine), my curiosity generally got the better of me, but somehow not today. I decided to let him have his private time, after all he needs his space, too, without having a dinosaurish kind of a mother constantly breathing down his neck.

That evening, when I finally decided to check in on him, I saw a poster stuck on his door. It read…. 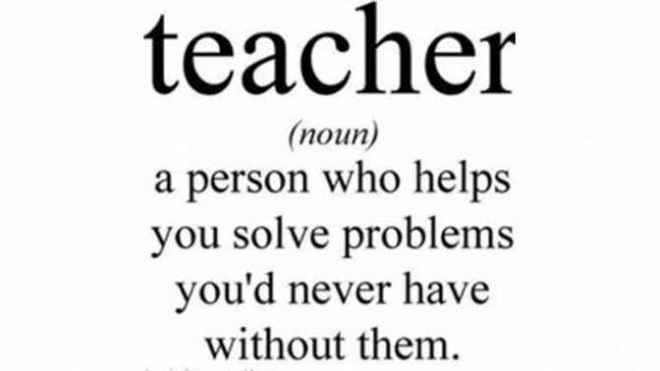 It would not be entirely wrong to say that I was visibly upset…. not angry but dismayed. So, a little about Parth. He has been a good boy always, is fun loving, affectionate and super smart (Yeah! Yeah! All mothers say the same). I have never really had any serious trouble with him. Some regular disciplinary concerns but nothing much. So far, his teachers have had no reason to complain about him and the feeling was mutually shared by Parth. So, this poster got me a tad worried. This was so unlike Parth. Yet, I decided to postpone the interrogation to the next day, a Saturday.

Next day was an early one for me, as I had hardly slept the night before. Parth had expressed his innate feelings ever so subtly. I felt another wave of sadness engulf me. Megha, my niece had behaved similarly, a few years back. My sister had chosen to completely ignore her emotional outburst and an obvious dislike for her teacher. My sister belonged to the old school of thought, where the guru was supreme…. always right. Consequently, Megha’s marks took a nose-dive and she flunked that year. Moreover, she also withdrew into a shell and started to suffer from low self-esteem. She seemed to have undergone a 360-degree change, for the worst.

At that very instant, Parth walked out of his room and I was jostled out of my musing. His tired eyes told me that he had had a sleepless night, too. I had cooked pancakes for him as he loves them. So, with a yummy breakfast spread laid on the table, I decided to break the ice.

“So, honey-bun, all good at school?”. No response, just a nod (which reconfirmed my doubts). “Great! But the poster on the door tells a different story Parth. I want to know what is going on. I want to help you.” My baby looked up, teary -eyed, and started to talk. After narrating the entire tale, Parth was absolutely convinced that Mrs. Swami was not a ‘good teacher and he was most unhappy to be in her class’.

She was obviously the trigger for this negative response. Parth was confused with her behaviour. In his opinion, ‘she never taught in class and was always glued to her phone’. So obviously, he was always lost and unclear about what was being taught in class. Consequently, his academic performance was subjected to constant battering.

This certainly was a concern, a tricky situation that needed to be handled objectively. My first response was to storm into the principal’s office and give the teacher a piece of my mind. But, I also knew that this was not be the ideal response. So, first things first, I assured Parth that I completely empathize with him. “Don’t you worry baby, I will help you to address this concern.”

I got Parth to talk and believe me, he spoke his heart out. I was quite certain that there might be other kids like him, partners in misery, who were consistently being told that they were ‘not good enough’ or too ‘destructive’. That was the moment that I resolved to take corrective action. I had to plan out a strategy to positively handle this seemingly formidable problem.

I immediately reached out to parents who were also friends and invited them over for coffee. I then shared everything with them and asked them to, in turn, share their individual experiences.

They seemed to echo my sentiments. That strengthened my resolve to go ahead and do what is right. I asked them to first understand and empathize with their children, rather than judging them or finding faults with their behaviour. I also told them that we need to be mediators and assure our kids that their concerns would be addressed. But we CANNOT fix the problem to magically make it disappear; Transparency is the key.

We then scheduled a meeting with Mrs. Swami where we, diplomatically, conveyed our feelings. We assured her that this was not an intervention but just a reaching out for help to resolve a problem MUTUALLY. This put her at ease and she was more responsive.

At the end of it, I felt at peace. I had managed to communicate our concern to the teacher and make some sort of headway in the right direction. This in no way implied that Mrs. Swami would transform overnight, but I was certain that she would, to some extent, improve. We, as parents decided to fill in the learning gaps with extra tutoring, too.

Moreover, we asked the kids to identify Mrs. Swami’s strengths and focus on them. The kids realized that she was great fun during the ‘music’ and ‘art’ classes and they loved it. This obviously meant that she was not ‘all bad’. Respect for the teacher was important.

Parth and the rest of the children were happy that we believed in them and tried to help them. Fortunately, they accepted the fact that life is full of challenges and that we need to deal with them in the best way possible and not complain or quit.

I am grateful to Parth’s teacher for her limitations as a facilitator because this helped him “learn” invaluable life skills.

So, here’s wishing all students some imperfect teachers!

[Webinar] What is the role of Pedagogy in Learning?